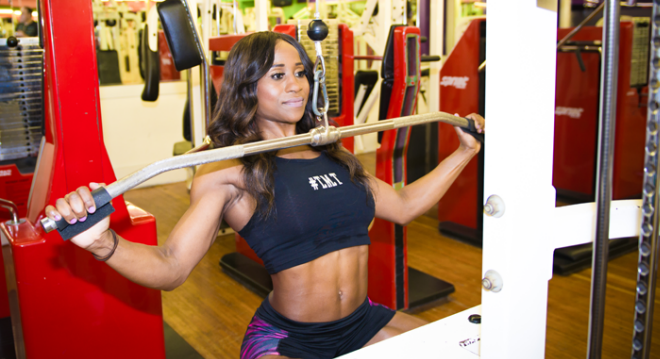 Despite of many people may have lead you to believe – you can’t expect to get a flat, sculpted mid-section by laying down on the uncomfortable floor and doing hundreds and hundreds of traditional crunches.  An in reality, who wants to spend half of their day doing crunch after crunch?  Following this type of repetition will not ensure improvement in abdominal development – and it could possibly put you in a position where you cause injury to your back or neck.

In order to develop a strong and attractive abs you need to work your entire core (your upper and lower abs, your lower back and your obliques).  Traditional crunches are only really effective for hitting the upper abs, which could make that an acceptable part of a complete ab routine but far from effective as the only exercise in your ab workout.

The Plank
While it may not look like an intense exercise, the plank stands head and shoulders above virtually all traditional abdominal exercises.  All you need to do to perform this super effective core exercise is to get down on the floor as if you were going to do a push up (arms extended) and hold that position – sounds simple, but it isn’t.  The longer you maintain your position, the harder your abs (obliques and lower back too) will work, making this a wicked core exercise that you can do virtually anywhere with no additional equipment.

Those of you who have wrist issues or carpal tunnel syndrome may have difficulty holding the upright push up position without discomfort – this doesn’t mean that you still can’t benefit from the plank.  Instead of using your hands to support yourself, drop down to your elbows for an equally taxing abdominal workout without the wrist pain.

Side Plank Exercise
This version is just as taxing as the traditional plank, but puts an additional workload on the obliques.  The side plank is performed in the same fashion as the regular plank, but with the side of your foot and one hand (or elbow) serving as support.  Just as with the regular plank, get into position and hold for as long as possible – the longer you go the more work your core will get.  Make sure to alternate your support side so your core gets worked evenly.

Stability Ball Crunch
The traditional crunch may not be the best use of your time in the gym, but with a few small changes the movement becomes much more effective.  Performing a crunch on a stability ball increases your range of motion, calls additional muscles into play and keeps your back off of the hard floor, making the move much more comfortable.

Your feet will be flat on the floor for this movement while your lower back is on the stability ball.  Perform the movement in the same fashion as you would traditional crunches but be slow and deliberate and contract your abdominal muscles at the top of the movement.

Bicycle Crunches
This is another “twist” on the traditional crunch that makes it a much more effective movement for building a better core.  Get down on the floor as you would to perform tradition crunches with your knees bent and feet flat on the floor.  As you raise your head up twist to bring your right elbow toward your left knee while raising your left knee at the same time, then lower to the starting position and bring your left elbow up toward your right knee while lifting your right knee as you did with your left.

This crunching movement works the upper abs, the lower abs (as you raise your knees to meet your elbows) and your obliques (as you twist), making it a far more complete core exercise than the traditional crunch.

It’s also important to note that building a washboard stomach takes more than just performing the right exercises.  In order to make that six-pack pop you’ll need to make some adjustments to your diet as well as even the strongest abs in the world are tough to see beneath a layer of fat.

Work your core 3-4 days per week using the exercises mentioned above and cut down on the empty calories (sugary drinks, cookies, candy, sweets and high fat foods) and you should start seeing a marked improvement in your midsection in the very near future.